One relatively big, one minor. I believe the first one was in Victory Road, when I fought a Trainer with a Xatu as the lead. The Xatu just did absolutely nothing throughout the whole fight, no attempts at any attacks. Granted, that made it an easy victory for my Gardevoir, but I think it's something that should be addressed. Also, on the subject of Gardevoir, while I'm running around in the Gardevoir costume, when trying to fish, it turns me into the male sprite. The same thing happens when fighting an important Trainer, like a Team Asgard Commander or Gym Leader, when the cut-in is set as the male trainer. 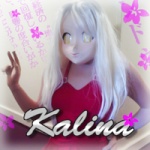