im new on the forum in fact i registered just to get help for this problem i was enjoying myself in the game and once i was finished battling Odin (im playing Zeta Version btw) Jirachi popped up and i didn't know i would be able to catch it so i was unprepared but because of the hype i saved and was going to attempt to catch it so i lowered its hp and put it to sleep but when i wanted to try and chuck a pokeball at it i noticed that,i had NO pokeballs,and now im stuck because even if i let him beat all of my pokemon i just black out and then respawn infront of Jirachi with a full hp team,please help! i really want to catch Jirachi also i tried going back but it won't let me saying that Odin might go back on his promise and try to catch Jirachi for himself 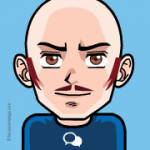